Latin America and the Caribbean

Inclusion and education: All means all

School systems mirror the highly unequal societies in which they are situated. Latin America and the Caribbeanremains the most unequal region in the world. In 21 countries, the richest 20% are, on average, 5 times as likely as the poorest 20% to complete upper secondary school. Half the students in Chile and Mexico would have to be reassigned schools to achieve a uniform socio-economic mixture.

Identity, background and ability dictate education opportunities. In Panama, 21% of indigenous males aged 20to 24 had completed secondary school, compared with 61% of their non-indigenous peers, in 2016. In Paraguay and Honduras, 32% of indigenous people are illiterate. Afro-descendants were 14% less likely in Peru and 24%less likely in Uruguay than non-Afro-descendants to complete secondary education in 2015. On average, 12- to17-year-olds with disabilities were 10 percentage points less likely to attend school than those without disabilities.

Discrimination, stereotyping and stigmatization mechanisms are similar for all learners at risk of exclusion and affect their learning. One in two 15-year-old students in Latin America did not achieve minimum proficiency in reading. In grade 3, students who spoke their country’s majority language at home were three times more likely to read with comprehension than their peers who did not. Lesbian, gay, bisexual and transgender students in seven countries reported facing a hostile school environment; those facing higher levels of victimization were at least twice as likely to miss school.

While some countries are transitioning towards inclusion, misperceptions and segregation are still common. About 60% of countries in the region have a definition of inclusive education, but only 64% of those definitions cover multiple marginalized groups, which suggests that most countries have yet to embrace a broad concept of inclusion. More education ministries in the region than in the rest of the world have issued laws on individual groups, for instance on disability (95%), gender (66%), and ethnic minorities and indigenous people (64%). But in the case of students with disabilities, laws make provision for education in separate settings in 42% of countries and for inclusive education in only 16%; the rest opt for combinations of segregation and mainstreaming.

The region is a leader in financing initiatives that target those most in need. The countries of Latin America and the Caribbean not only prioritized education spending more than the rest of the world but also pioneered the use of social spending for education purposes. Conditional cash transfers in Latin America since the 1990s have helped increase education attainment by up to 1.5 years. Moreover, new programmes combine education with other social services, notably in early childhood, as seen in programmes in Chile, Colombia and the Dominican Republic.

Latin America and the Caribbean is committed to data use but there is room for improvement. Surveys are key for disaggregating education indicators by individual characteristics but 57% of countries in the region, mostly in the Caribbean, representing 13% of the region’s population, do not make survey data available. Countries have adopted measurement improvement for ethnicity and disability. But nine countries’ education management information systems do not collect education data on children with disabilities.

Teachers need more support to embrace diversity. Continuous professional development opportunities are often unavailable. Although 70% of countries in the region provide for teacher training on inclusion in laws or policies, in general or for at least one group, and 59% provide teacher training for special education needs in laws, policies or programmes, over 50% of teachers in Brazil, Colombia and Mexico reported a high need for professional development on teaching students with special needs.

All countries committed in 2015 to achieve Sustainable Development Goal 4 and ‘ensure inclusive and equitable quality education’ by 2030. However, inclusive education arguably meant different things to different people at the time.

The right to inclusive education had been established in the landmark Article 24 of the 2006 United Nations Convention on the Rights of Persons with Disabilities,which shaped perceptions of inclusive education as associated with a single group. But it was the UN Committee on the Rights of Persons with Disabilities itself, in its General Comment No. 4 on Article 24 in2016, that offered a new interpretation, arguing that inclusion should not be associated with only one group.Rather, the mindset and mechanisms that generate discrimination and rejection in education participation and experience are the same for all those who are excluded, whether due to disability or to gender, age,location, poverty, ethnicity, language, religion, migration,displacement, sexual orientation, gender identity and expression, incarceration, beliefs or attitudes. Every society needs to own up to the mechanisms within it that exclude people – which is also the premise on which this report is based.

Inclusion in education is a process consisting of actions that embrace diversity, build a sense of belonging and are rooted in the belief that every person has value and potential and should be respected, regardless of their background, ability or identity. Education systems need to be responsive to all learners’ needs and to consider learner diversity not as a problem but as a resource.Inclusive education is the foundation of an education system of good quality that enables every child, youth and adult to learn and fulfil their potential. Inclusion cannot be achieved if it is seen as an inconvenience or if people harbour the belief that learners’ levels of ability are fixed. Inclusion in education ensures that differences of opinion are freely expressed and different voices are heard so as to help achieve cohesion and build inclusive societies.

Societies in Latin America and the Caribbean have come a long way towards healing past injustices related to colonialism, exploitation, oppression and discrimination, but they remain riven with fault lines. Their legislative and policy frameworks have quickly embraced the broad-based concept of inclusion in education and they have led the world in innovative social policies. But in the region with the world’s most unequal income distribution, there is a lot of ground left to cover. Stigma and stereotypes alienate millions inside classrooms and make them less likely to progress through education.And, unfortunately, the gap between proclamations and actions is often too wide.

Latin America and the Caribbean is the most unequal region in the world.

– Attendance was lower by 10 percentage points on average among 12- to 17-year-olds with disabilities in the region, especially in Ecuador, Mexico, and Trinidad and Tobago, than among those without disabilities.

– Attendance was lower by 3 to 20 percentage points among 15- to 17-year-old indigenous language speakers in the Plurinational State of Bolivia, Guatemala, Mexico and Peru than among all those identifying as indigenous.

– Attendance was lower in 7 of 11 countries with data among 12- to 17-year-old Afro-descendants than for their non-Afro-descendant peers.

Greater efforts are needed to gather more useful data on those left behind. 

International declarations have committed to nondiscrimination since 1960 and to inclusion since 1990.

The right to non-discrimination in education is enshrined in eight international conventions. 

Many countries in the region have adopted a broad perspective on inclusion in national laws, although most tend to focus laws on specific groups. 

The region is relatively advanced in the scope of its inclusive education policies. 

Several countries in the region have not effectively fulfilled their commitments. 

Latin America and the Caribbean has prioritized spending on education. 

Equity and inclusion require targeting resources to disadvantaged schools and students in need. 

The curriculum is the main way education systems put the principle of inclusion into action. 

Recognizing cultural diversity means recognizing that knowledge is formed in many ways. 

A common knowledge core is essential to build societal cohesion and create more equitable and inclusive societies, politics and economies. 

People of any identity should be able to recognize themselves as endowed with value in curricula and textbooks. 

Inclusive education involves ensuring that all teachers are prepared to teach all students.

Teachers tend to have positive attitudes towards inclusion but also doubts about its feasibility. 

Teachers need to be prepared to teach students of varied backgrounds, abilities and identities. 

It is not sufficient for teachers to have knowledge; they also need good working conditions. 

Teaching-force composition often does not reflect the diversity of classroom composition. 

Inclusion in education cannot be achieved without inclusive schools that celebrate diversity and respond to individual needs to support their learning. 

School segregation is a challenge to inclusion and has major effects on learning. 

Safe and accessible schools are crucial for inclusion. 

Distance learning platforms and assistive technology can enable students with disabilities to participate but require sufficient resources and appropriate pedagogy. 

Community participation can reinforce a sense of identity, belonging and solidarity. 

Collective responses are needed to fight bias and discrimination. 

Communities fight to overcome barriers to inclusion of learners with disabilities. 

COVID-19 AND INCLUSION IN EDUCATION

Latin American and Caribbean countries have responded to the COVID-19 education crisis. 

The potential reach of these measures does not necessarily translate into actual reach. 

Governments have made efforts to target interventions to disadvantaged learners. 

Teachers also need to learn how to use technology. 

Students and parents also need additional support during the pandemic. 

As Latin America and the Caribbean enters the final decade of action to achieve SDG 4 and fulfil the commitment to achieve ‘inclusive and equitable quality education’ and ‘lifelong learning opportunities for all’,the following 10 recommendations take into account the deep roots of barriers and the wide scope of issues related to inclusion, which threaten the region’s chances of achieving the 2030 targets. The task has only been made harder by COVID-19 and the resulting recession.School closures have led to distance education solutions,which, as forward-looking as they may be, nevertheless risk leaving the most disadvantaged learners further behind. 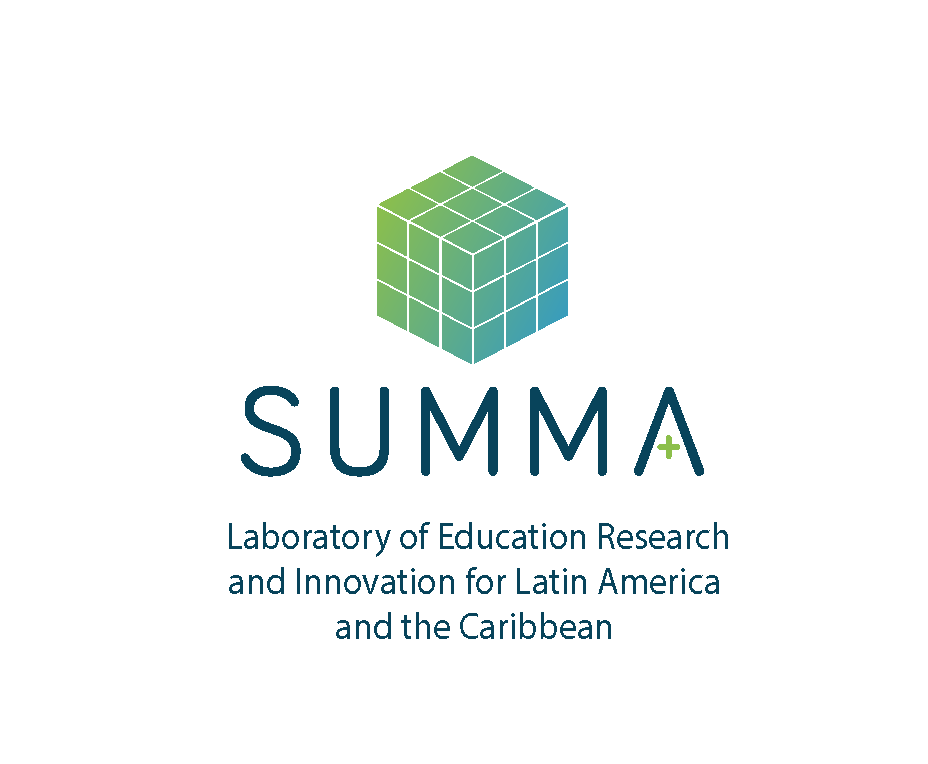