There has been a generational leap in girls’ education. Between 1995 and 2018, the cohort of primary and secondary school-age children, adolescents and youth increased by 190 million. Enrolment increased by 150 million boys and 180 million girls, however, resulting in an increase in the gross enrolment ratio from 75% to 89% with gender parity. In tertiary education, for every 100 men, the number of women enrolled increased from 95 in 1995 to 114 in 2018. Girls are not only doing better than boys in reading; they have also caught up with boys in mathematics.

Education systems have expanded opportunities first to privileged populations, while the marginalized, discriminated and excluded, such as girls, those living in rural areas and the poor, have tended to follow. Those with intersecting disadvantages suffer most, and their education trajectory has not even taken off: The report shows that in at least 20 countries, no poor, rural young women complete secondary school, a target which all young men and women should achieve by 2030. The speed with which education gaps have closed varies significantly. In some cases, the pace of change has been unprecedented. In India, there were 75 girls enrolled in primary and secondary school for every 100 boys in 1995, but parity was reached in 2009. In Morocco, there were just 30 women enrolled for every 100 men around the time of the Beijing Declaration, while today there is parity. These changes do not happen automatically. Several factors explain the speed with which the gender gap was closed in education at global level.

Some mechanisms are endogenous: Acquiring an education is a springboard for the next generation to receive more education and for the benefits to compound and be widely shared. The education that some women had in earlier generations empowered them to have their own voice on issues of marriage and childbearing, bringing about a demographic transition to smaller family sizes. Not only were educated women empowered, but they were also able to take better decisions in terms of the survival and health of their children, helping to further accelerate this transition. With fewer children, families could more easily afford to send all their children to school, even those they might have discriminated against in the past, such as their daughters. Smaller family sizes also meant more opportunities for women to work outside the home, with the prospect of paid employment giving women a stronger negotiating position in the household while also increasing the incentives for families to invest in the education of all their children. These economic and social changes spread between and within countries, prompting broader cultural changes in gender norms. Many governments backed these cultural shifts through progressive legislative and policy frameworks that promoted gender equality.

But the drivers of progress were not always necessarily the right ones. Some governments did not act in recognition of their obligation to fulfil the right to education of all girls or to promote social development. Some families who invested in their girls’ education may not have wholeheartedly subscribed to the principle of equality of opportunity for men and women; rather, they may have been driven by the prospect of a better marriage or the opportunity for a daughter to work and earn money for the family. In a few countries, the apparent progress for girls may simply be the result of slow progress for boys, especially those from poorer families, who have been pulled into the labour market.

Most importantly, behind the global figures, progress since 1995 has been uneven. Disparities between and within countries persist. Girls are still more likely to suffer the most extreme forms of exclusion; for instance, they make up three-quarters of children who may never set foot in a classroom. There are fewer than 8 young women enrolled for every 10 young men in upper secondary school in 9% of countries and in tertiary education in 16% of countries. Their situation will be fragile in the context of the COVID-19 pandemic that risks deepening existing inequality. The percentage of women in the global population of illiterate adults has remained constant at about 63% for the past 25 years. Women are at a disadvantage in many low- and middle-income countries when it comes to digital skills, a new form of literacy.

For 335 million female students, minimum requirements for water, sanitation and hygiene are not met. Schools may not be safe learning environments for many others, as girls are more likely to experience verbal and sexual harassment, abuse and violence. Girls who fall pregnant are often not supported and encouraged to continue their education. The content of education perpetuates gender stereotypes, portraying girls and women in passive roles. Failure to address implicit and explicit social and gender biases head-on means some teachers are inadequately prepared to help girls overcome barriers. As a result, subsequent career options remain limited. In any case, it is clear that women attain fewer leadership positions in education and elsewhere. 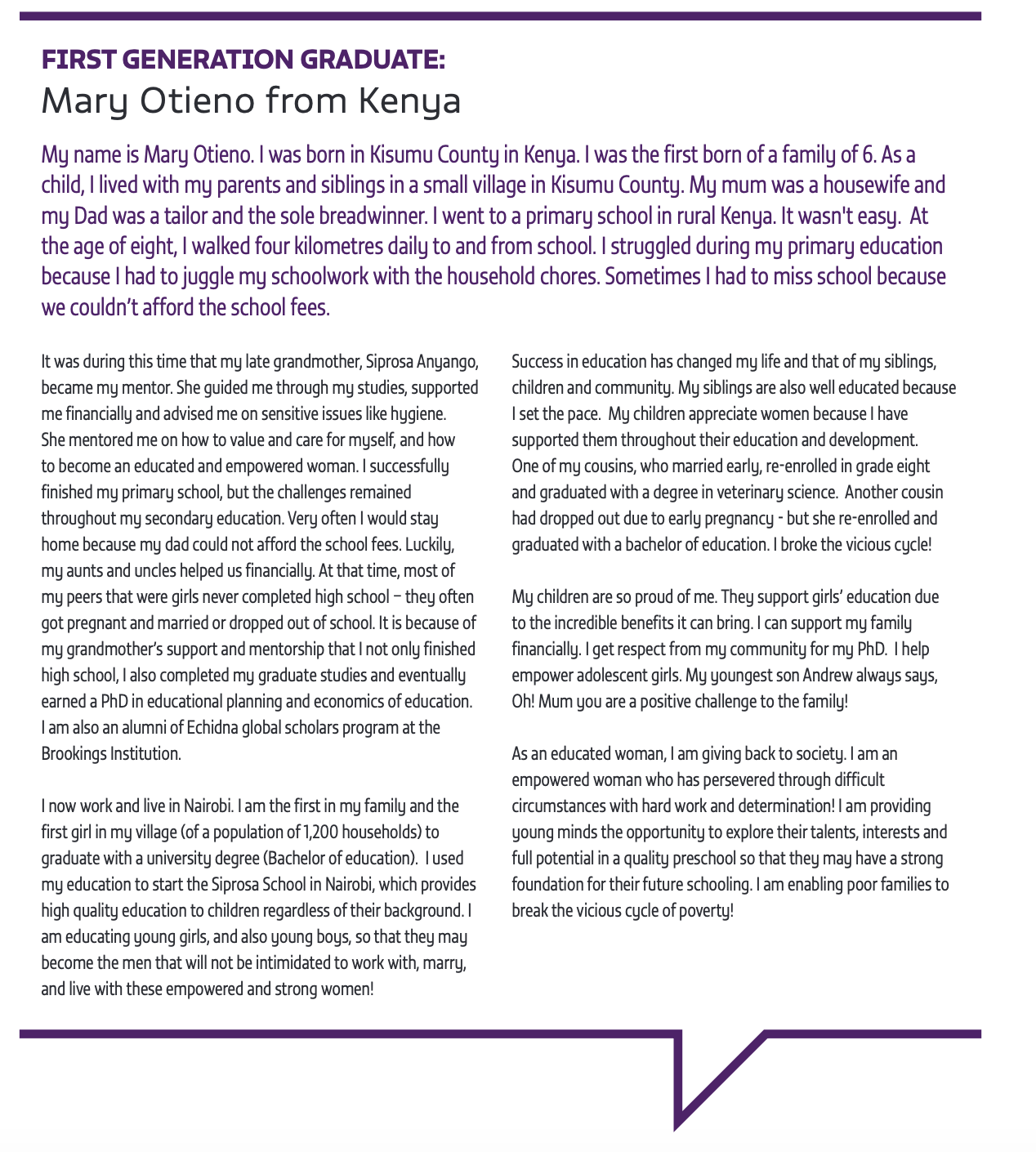